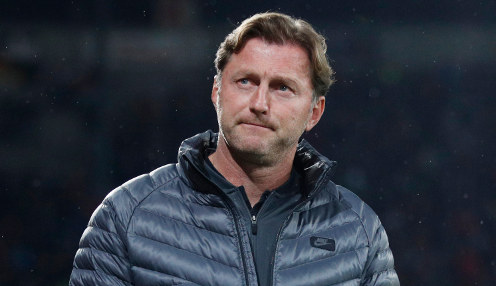 Ralph Hasenhuttl has confirmed Kyle Walker-Peters will miss Southampton's home Premier League clash with Arsenal due to a muscle injury.

Saints host the Gunners for the second time in four days, after Hasenhuttl's side secured a 1-0 victory in the FA Cup fourth-round tie between the two teams on Saturday.

Walker-Peters started at the weekend, but the Saints boss confirmed in his pre-match press conference that the right-back has suffered a quad injury so he will need to find a replacement.

There will be at least one other change at the back as on the other flank Ryan Bertrand is suspended, giving Hasenhuttl some selection dilemmas in defence.

The Austrian said: "It looks that he (Walker-Peters) can definitely not make it tomorrow - this is another setback for us, to be honest. It's the quad area, he's got some problems. He only warmed up a little bit today and then felt some problems so had to stop.

"After Ryan Bertrand out with his fifth yellow card, we have to find the right solutions at full-back. It's an important position for our game."

There is better news on Nathan Redmond, however, as Hasenhuttl said the forward should be fit enough to return to the bench against the Gunners following his recent muscle injury which has kept him out for the last six games.

Midfielder Oriel Romeu remains unavailable, but he is making good progress from a leg injury and could be ready to make his comeback when Saints host Aston Villa on Saturday.