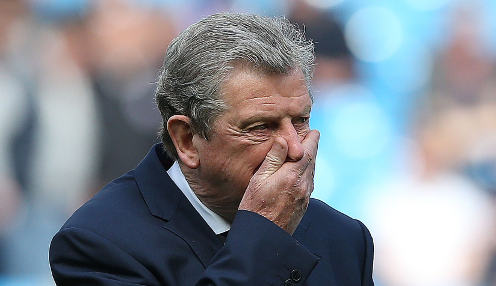 Roy Hodgson says he has enjoyed spending extra time on the training ground with his Crystal Palace players ahead of Tuesday's clash with West Ham.

The Eagles saw their FA Cup challenge fall at the first hurdle as they lost 1-0 at Wolves in the third round but that setback could prove to have a positive outcome.

I think it's probably been good for us to get everybody fit, if you like, or ready for the next game.

While many of the teams around them in the Premier League were in fourth round action over the weekend, 13th place Palace had the opportunity to recharge their batteries and do some vital work on their shape.

The break was timely with Hodgson's team currently on a run of just one win in their last nine in all competitions, losing 4-0 last time out against Manchester City.

That streak also includes a December 1-1 draw against Tuesday's visitors to Selhurst Park, West Ham, who have won their last five to rise to seventh in the Premier League and reach the fifth round of the cup.

A victory for Palace could set them up nicely for a run of games that sees them face fellow bottom half sides Wolves, Newcastle, Leeds and Burnley, before the A23 derby away to Brighton on 22nd February.

With the games continuing to come thick and fast, the 73-year-old admitted it was good to have the rare chance to focus on improving his players ahead of another busy period.

"I think it's probably been good for us to get everybody fit, if you like, or ready for the next game," he said. "The next four games come very, very quickly.

"It's been good to get some coaching sessions into everybody, because now with these four games we'll find ourselves in that cycle again of recovering from the last game and preparing for the next one."