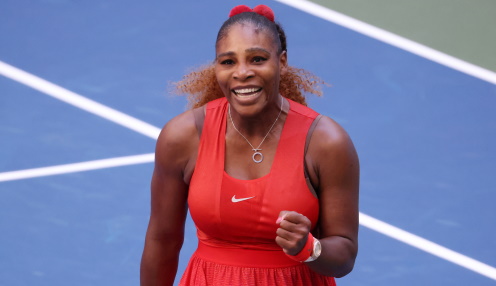 Osaka and Williams starred in one of the most ill-tempered tennis finals of all time at the US Open in 2019 and, despite being separated by 16 years in age, are still fierce rivals.

Yet there is no bad blood between the pair and Osaka says she looks up to the 23-time Grand Slam-winning American, who is also heading to Melbourne for the first Major of 2021.

Osaka will be the third seed at Melbourne Park where she triumphed in 2019, the second of her three Grand Slam successes.

She claimed her first Grand Slam title at the US Open in 2018, beating Williams in a match in which the American legend had a run-in with the chair umpire.

Osaka won in New York for the second time last September, beating Victoria Azarenka in the final and confirming that the 23-year-old is going to be a force in the Grand Slams for years to come.

For Williams, it is more a question of how many Grand Slams are left to play in rather than how many she wins, although the 39-year-old is still seeded ten for this year's event, which starts next month.

Osaka is a well-fancied?11/2 chance to regain her Australian Open crown, while Williams is 9/1.