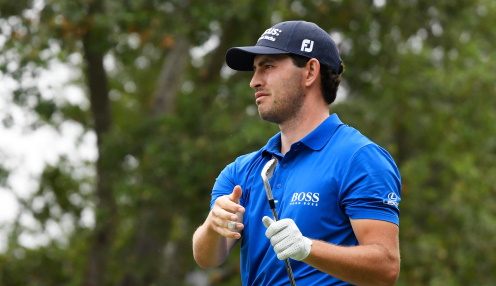 Patrick Cantlay praised The American Express winner Si Woo Kim after the South Korean edged him out in a classic finish at the PGA West Course in California.

Kim birdied two of the last three holes to win by one shot, but he was put under intense pressure by Cantlay, before eventually winning his third PGA event having triumphed at the 2016 Wyndham Championship and 20187 Players Championship.

I played flawless and it was really all I could ask for.

Cantlay hit 11 birdies in his round of 61 to beat the course record by two shots and his long 38-footer for birdie at the last put him one clear until Kim shrugged off the fast finish of his rival to end in 23-under par.

However, despite finishing second there was much Cantlay, who only just made the cut, can take out of his weekend 65-61 efforts which included 20 birdies in the final two rounds.

Cameron Davis finished third and Tony Finau was fourth with the next PGA Tournament coming this week with the Farmers Insurance Open at the Torrey Pines South Course.

Cantlay will swerve the event after deciding to take two weeks off in preparation for the AT & T Pebble Beach Pro-Am but he was delighted with his performance, even if he did come just short of an equally impressive Kim.

"I played really well this weekend and he just played unbelievable too," Cantlay told the PGA Tour website in reference to winner Kim.

"I played flawless and it was really all I could ask for. I played about as good as I could."

The Dubai Desert Classic starts on Thursday on the European Tour and Tyrrell Hatton is?15/2 to back-up last week's success in the Abu Dhabi HSBC Championship.