Everton striker is up for the FA Cup 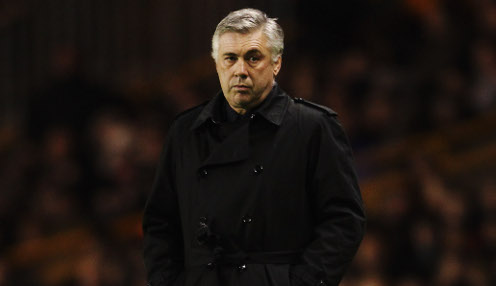 Dominic Calvert-Lewin says Everton have a great opportunity to win the FA Cup after their fourth-round victory over Sheffield Wednesday.

The former Sheffield United youngster opened the scoring for the Toffees at Goodison Park before goals from Brazilian forward Richarlison and centre-back Yerry Mina completed a 3-0 win against the Championship visitors.

Everton's win sets up a fifth-round tie against the winners of Monday's clash between Wycombe and Tottenham and Calvert-Lewin says the players are relishing their cup run.

The Toffees last lifted the FA Cup in 1995 but their recent record in the competition has been poor with three third-round exits in the last four seasons.

There is a buzz around the club under Carlo Ancelotti this term, however, and Everton will be aiming to continue their solid Premier League form when they host Leicester on Wednesday.

The Merseysiders are sixth in the table, six points behind third-placed Leicester but with two games in hand on the Foxes, who will be missing top scorer Jamie Vardy.

The Toffees leading marksman is England international Calvert-Lewin, whose goals against the Owls took his tally for club and country this season to 17 in 25 appearances.

After the game he said: "All-round, it was a solid performance, and now it's on to the next one.

"The FA Cup is very important for us. It's a chance to bring silverware to this club, which we've been working hard to do. It's a great opportunity for us to go all the way."

Everton are?12/1 to win the FA Cup and?7/4 to beat Leicester on Wednesday.