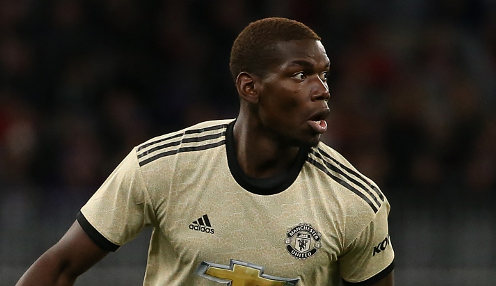 Ole Gunnar Solskjaer says his Manchester United are getting "stronger and stronger" after their thrilling 3-2 win over Liverpool in the FA Cup fourth round.

The teams played out a disappointing 0-0 draw at Anfield in the Premier League a week earlier but the cup clash at Old Trafford made up for that dour stalemate as a Bruno Fernandes free kick settled the match in United's favour.

Mohamed Salah had given Liverpool an early lead before goals from Mason Greenwood and Marcus Rashford turned the tie around for the Red Devils.

However, Salah made it 2-2 with his second goal of the game before Portugal midfielder Fernandes stole the show with his 78th-minute strike.

United will host West Ham in the fifth round of the FA Cup but they will also be aiming to maintain their excellent Premier League form when they welcome bottom club Sheffield United to Old Trafford on Wednesday.

Solskjaer's side are two points clear of Manchester City and Leicester at the top of the league and the Norwegian is delighted with the way his players are progressing.

Speaking after the cup win over Liverpool, the United boss said: "We've found a way we believe in, the players believe in and we're getting stronger and stronger.

"It's fantastic to win games against last year's champions – they're a fantastic team.

"We're gradually, layer by layer, getting better, winning tight games, so the morale and confidence is very good."

Manchester United are 9/2?to win the FA Cup outright and?11/2 to claim the Premier League title.