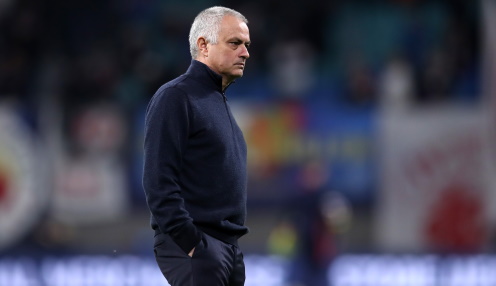 Tottenham manager Jose Mourinho plans to take the strongest squad possible to Adams Park when his side face Wycombe Wanderers in the fourth round of the FA Cup on Monday.

The Chairboys will host Spurs for the first time in a competitive fixture,?although they?did meet?in the FA Cup at White Hart Lane in 2017.

Wycombe were leading 3-2 until the 89th minute on that occasion, but two late goals from Dele Alli and Son Heung-min ensured Spurs progressed to the last 16.

Even though Wycombe prop up the Championship table under boss Gareth Ainsworth, Mourinho has said he will field a strong starting XI out of respect for the competition.

Spurs were fortunate only to play one game last week, and Mourinho says the FA Cup remains a special spectacle for him.

He told the club's official website: "When I won it, I felt amazing feelings because it brought me back to the times when Portugal stopped. There weren't many matches, foreign matches, on TV and the FA Cup Final was always there.

"It brought me back as a kid to getting in love with some clubs, with some players, unforgettable moments, the memories of my dad, and, for me, the FA Cup will always be the FA Cup, for me, always special. However, I don't like it too much when the giant that is killed is my team!"

Mourinho has confirmed midfielder Giovani Lo Celso will definitely miss the game due to a hamstring issue, while Alli, Serge Aurier and Matt Doherty are doubts.

Brazilian Lucas Moura could be handed a start, and he has a superb record in the competition, scoring nine goals in 11 starts in the FA Cup.

The former Paris Saint-Germain ace is?6/5 to score anytime, while?Spurs are?1/1 to win to nil.