Kjaer - Milan out to prove their worth 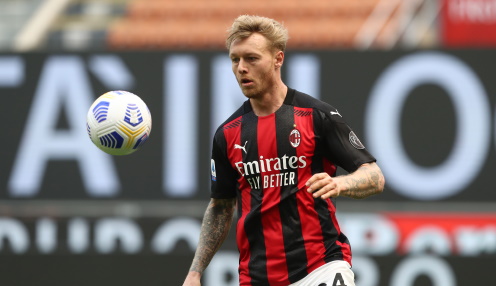 Simon Kjaer says AC Milan want to prove their Champions League credentials when they take on Liverpool at Anfield in their Group B opener on Wednesday.

Milan are returning to Europe's top table for the first time in eight seasons and they are priced at? to open their campaign with a victory, while a Liverpool win is available at? and the draw is on offer at .

Milan back in the big time

It has been a long road back to the Champions League for Milan, with their last fixture in the competition coming when they were thrashed 4-1 by Atletico Madrid in the second leg of their last-16 tie back in early 2014.

Since then, the Rossoneri have struggled to have any real impact on the European stage, but a second-place finish in Serie A last season has allowed them to return to the continent's premier club competition.

Stefano Pioli's side have been handed a tough draw alongside Liverpool, Atletico and Porto in Group B, but defender Kjaer believes his side can compete and they will be looking to prove their worth at Anfield.

"We have prepared well," Kjaer said at Milan's pre-match press conference. "We are at a good point in our path, we have grown a lot and now we must demonstrate.

"Matches like this are the ones we play football for. Not many believe that we can go there and play for it, but that's our mentality.

"Tomorrow, it will be difficult, but I know the coach and he wants us to go there and play for Milan. We are there to prove that we are not on holiday."

Duo roll back the years

Wednesday will be only the third time Liverpool and Milan have met in a competitive fixture, with both previous clashes coming in the Champions League finals of 2005 and 2007.