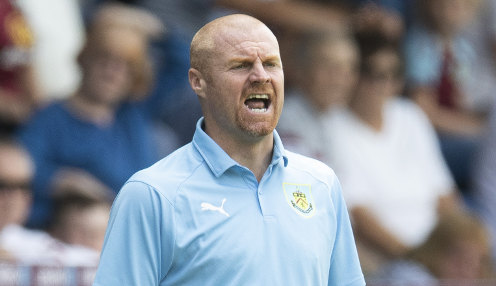 Burnley manager Sean Dyche believes his side are a much "wiser" team than their 3-1 defeat to Everton in the Premier League on Monday suggested.

The Clarets are now to beat Arsenal, who are to win with the draw in the Premier League.

Everton moved into the top four with the victory, which was their third in four games, while Burnley remain in the relegation zone with only one point on the board.

After a close first half at Goodison Park, it was the Clarets who broke the deadlock after 53 minutes with a headed goal from Ben Mee, who was making his 200th appearance for the club.

But Burnley did not hold on for long as Everton struck three goals in the space of six minutes to turn the game on its head.

And Demarai Gray also got in on the action, tucking the ball past Nick Pope, to make the score 3-1.

Burnley failed to find a way back into the game after an eventful spell from the Merseysiders and boss Dyche does not believe that "mad six minutes" was representative of his team's overall performance.

Speaking to Sky Sports, Dyche said: "We let them creep into the game and then a mad six minutes follow? - I think it is a really good away performance until they score.

"My big feeling is we are way wiser than that six minutes.

"That is something we have to learn from - the crowd were almost jeering at times, they were on the edge. I am very frustrated with that period."