Pool strength a challenge for Klopp 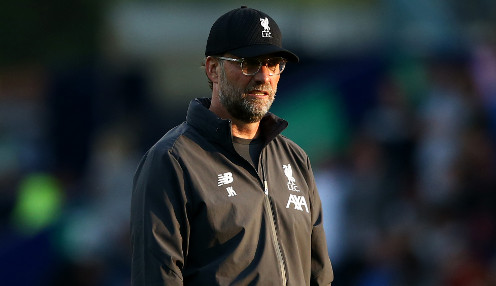 Jurgen Klopp says Liverpool's group draw in the Champions League is the toughest he has encountered since joining the club in 2015.

The Reds are to win a seventh European crown and to top a hugely competitive Group B also featuring Spanish champions Atletico Madrid and two-time winners Porto.

However, first up are AC Milan at Anfield in a repeat of both the 2005 and 2007 finals of this competition.

A winning start on Wednesday could be vital and the Rossoneri have been hit by a significant setback in the build-up, with the news that Zlatan Ibrahimovic will miss the game due to an Achilles problem.

Midfielder Elliott impressed on loan at Championship side Blackburn Rovers last season, before forcing his way into Klopp's first-team plans at the start of this term.

After making a goalscoring return to the side in Sunday's 2-0 win over Lazio, the Swede looked set to feature for Stefano Pioli's men but will now watch from the stands.

Both Liverpool and Milan will feel they can go far in the competition but so will Atletico and Porto, having both made the knockout rounds last season.

Klopp knows his side will have it anything but their own way during the opening stages of their European campaign and has emphasised the need to make a fast start on Wednesday.

"When we all saw the draw, I don't think any of us thought it was a great group," said Klopp.

"It is a tough group. Atletico Madrid, wow. Porto, usually the champions in Portugal so a top team, and then AC Milan is one of the biggest teams in Europe, so it is proper Champions League.

"It is all about getting enough points to get through that group and we better not waste time, starting tomorrow."