Wijnaldum wants it all 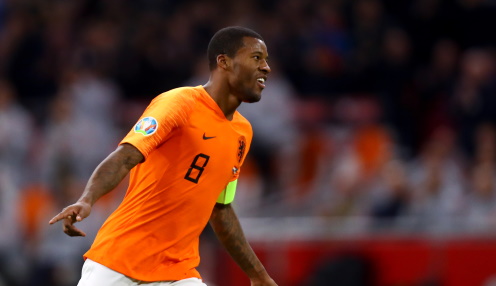 Georginio Wijnaldum has warned Paris Saint-Germain not to fixate on winning the Champions League for fear it could cost them silverware in other competitions.

PSG are to win their first European Cup this season and get their campaign underway on Wednesday when they take on Club Brugge, a game they are to win with the Belgians and the draw .

The Parisians have recruited heavily this summer in the hope they can finally land the Champions League title they crave, adding Lionel Messi, Gianluigi Donnarumma and Wijnaldum to their squad.

Wijnaldum knows what it takes to win Europe's top domestic prize having been part of Liverpool's Champions League-winning team in 2019.

The Netherlands international enjoyed plenty of other success before leaving Anfield this summer too, helping the Reds end a 30-year wait to win the English title in 2020.

Wijnaldum says he sees similarities between Liverpool's determination to be crowned domestic champions after such a long wait and PSG's Champions League obsession but has warned his new team they can't afford to put all their focus on one competition.

When asked about his ambitions at PSG, he told L'Equipe: "To be part of such an ambitious project is one of the reasons I signed.

"It's even the most important. Considering all of the great players here, people are only talking about the Champions League. But I didn’t sign here to only win that competition, I came here to win it all.

"Obviously, the Champions League is massive because the club hasn't won it yet. It reminds me of Liverpool in the league – they hadn't won since it changed its name to the Premier League and it became an obsession.

"I get the feeling that it's the same here. But we shouldn't ignore the other competitions. The Champions League is what, 13 matches? There's more to a season than 13 matches. I want to be in a team that wins everything, like Guardiola's Barcelona."

Wijnaldum also lifted the lid on why he choose to come to PSG, revealing he had the opportunity to move to Barcelona before the French side swooped at the last minute for his services.