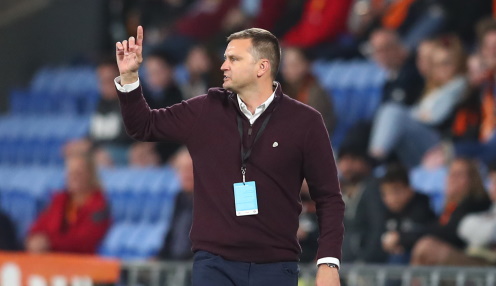 Brisbane Roar have completed the signing of Australia Under-23 international goalkeeper Jordan Holmes ahead of the new A-League campaign.

Roar are priced at? to win the 2021/22 A-League grand final and Holmes arrives at the club with a wealth of experience.

Spell in the UK

The 24-year-old was a part of the Olyroos squad that just took part in the Tokyo Olympics and he has also spent the last eight years playing his club football in the UK.

He was part of the AFC Bournemouth academy from 2013 before joining National League side Ebbsfleet United in August 2019.

Holmes is delighted to return to Australia and is looking forward to the next chapter of his career with the Roar.

"It's great to finally get the deal over the line," Holmes told the club's website. "There was interest from both ends and some interest in me from the A-League over the last couple of seasons.

"I haven't been home for a while due to COVID and with this massive opportunity and for the way of life, Australia was the best way to go for me.

"I've watched quite a bit of the league and got a lot of friends that play in the A-League. Obviously the Roar has a great a history, a very successful past. Hopefully I can help with that winning mentality and help bring some titles back here.

"But first and foremost for myself it's about playing some quality games and getting that consistency at the top level."

Meanwhile Roar coach Warren Moon is delighted with the capture and is pleased with the strength of goalkeeping department ahead of the new season.

"Jordan comes to us at a great age and with a good level of experience already from his time in England," Moon said.

"We think we have two very talented goalkeepers now in Jordan and Macklin Freke who have exciting careers ahead of them and will push each other for the number one spot all season.

"We have a lot of belief and confidence that they will do a great job for us."