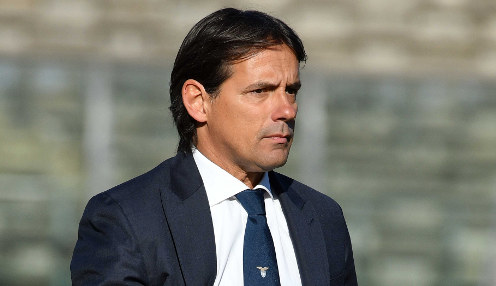 Inter Milan manager Simone Inzaghi has stated that his team want to write a "fantastic chapter" in the team's history in this year's Champions League.

The Italian side get their European campaign underway against Real Madrid on Wednesday, they are to secure the home win with Real priced up at and the draw .

Inter won the 2009/10 Champions League under Jose Mourinho, but have reached the knockout stages just twice since then.

The club have failed to progress beyond the group stages in three consecutive seasons.

Madrid won both of their ties last season, 3-2 and 2-0 respectively.

Inzaghi took over as manager this summer after the departure of Antonio Conte following their Serie A win last season.

The 45-year-old dismissed claims that the side's poor recent record would concern them this year before previewing their opener against Real Madrid.

"I think that stuff is in the past. Now we have the chance to write a fantastic chapter in the here and now. It won't be an easy group, but we are hoping and aiming to qualify. Experience is crucial in these games. Ever since the draw, we've known that as well as Real Madrid there are two other teams that will do everything they can to cause us problems."

"We've recovered after the Sampdoria match and we're preparing well for the Real Madrid game. They have a lot of history, a great coach and great players. We want to do our best. We can't focus on the past or on what might happen. We're thinking about the present."