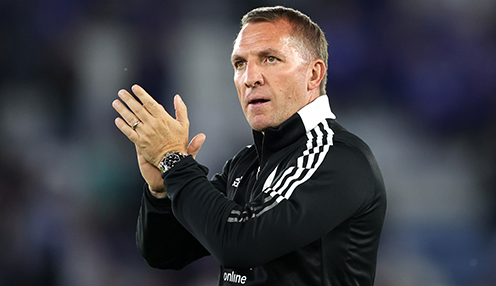 Leicester's Kelechi Iheanacho has stated that he is satisfied with his role in Brendan Rodgers' side.

The Foxes get their Europa League campaign underway against Napoli on Thursday and priced up at to begin with a win, Napoli are and the draw is in at .

Iheanacho was Leicester's top scorer last season, breaking a five-year streak of Jamie Vardy's as he netted 19 times in all competitions.

But this season the Nigerian forward is yet to start a game, coming off the bench in all four of the? East Midlands club's Premier League ties and scoring the winner as a substitute in their Community Shield win over his former side Manchester City.

Fellow striker Patson Daka was signed in the summer and will join Iheanacho in providing competition for Vardy.

Iheanacho gave his verdict on his role this season and what he sees himself contributing to Leicester's season.

"Of course I had a pretty good season at the end of last season, but honestly I am not bothered about what's going on. Now we have new players come in and we have a big squad.

"We need everybody to win trophies and games. It's going to be an important season and we have so many games and different competitions as well. I know that everyone will be needed and be important to the squad. But whenever I get my chance to play or start, I will just do my job and help the team to succeed. We have a lot of games and everyone will be involved."