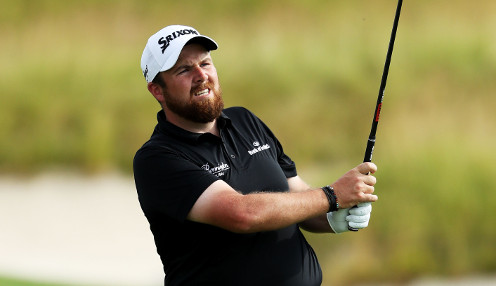 Paul McGinley has backed Shane Lowry to follow in the footsteps of Leona Maguire and inspire Europe to glory at the Ryder Cup.

The holders are? to win the biennial event at Whistling Straits, with USA? and the tie, which would see Europe retain the cup, available at .

Lowry was confirmed as one of Padraig Harrington's wildcard picks on Sunday after finishing T17 at the BMW PGA Championship.

The 2019 Open champion pipped Justin Rose to be named amongst Harrington's?selections, joining veterans Sergio Garcia and Ian Poulter on the team.

You need two or three players on the team getting the points and sometimes it's a rookie.

Despite the 34-year-old's mixed form, McGinley believes he has the talent to emulate another Irish player, Maguire.

A rookie herself at the recent Solheim Cup, the County Cavan-native won four and a half points as Europe upset a star-studded USA team to take victory in Ohio.

Maguire was also handed a captain's pick but emerged as a vital component of Catriona Matthew's side.

The winning captain in 2014, McGinley, who also holed the decisive putt in 2002 at the Belfry, believes Lowry could have a similar impact on his debut in Wisconsin.

Ready to step up

With the pressure on his fellow Irishman to perform, the 54-year-old is backing Lowry to play a starring role on the banks of Lake Michigan.

"That's what it boils down to," he is quoted as saying by the Belfast Telegraph. "Somebody going out and grabbing four and a half points like Leona Maguire did in the Solheim Cup, where a couple of other players also won three points.

"You need two or three players on the team getting the points and sometimes it's a rookie, as we saw with Leona. That's going to be the key to it, and maybe it's going to be Shane."