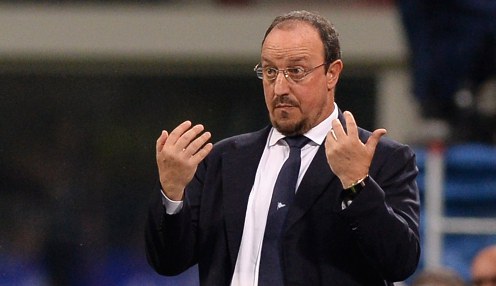 Everton boss Rafa Benitez was quick to praise his team for their battling performance as they came from behind to beat Burnley 3-1 in the Premier League on Monday night.

After conceding inside the first few minutes of the second half, Everton came to life and put the game to bed after a crazy six-minute spell as they moved into fourth in the league table. The Toffees are? to still be there come the end of the season, while they are? to finish in the top six.

Burnley's Ben Mee opened the scoring with a powerful header, but the Clarets' lead only lasted seven minutes. Michael Keane scored a header of his own from an Andros Townsend cross, and the latter then scored a delightful goal just five minutes later.

Townsend, who arrived at Goodison Park on a free transfer, curled the ball home from long range before Demarai Gray put the game to bed just one minute later. He raced onto Abdoulaye Doucoure's through ball before slotting his shot past a helpless Nick Pope.

When we scored our goal, we had more confidence.

Everton managed to get the win without striker Dominic Calvert-Lewin, with Benitez confirming he has now got a quad issue, just days after recovering from a broken toe.

The Spaniard was delighted with how his team responded, and he says the fans helped them on their way.

He told BBC Sport: "It was a good game, very physical. It was not easy, but overall we were ok.

"When we scored our goal, we had more confidence, played 4-3-3, created more chances and could have scored more goals.

"Really pleased with the connection between the team and the fans. We are looking to build a fortress here.

"Both Demarai Gray and Andros Townsend have quality and are good pros. They are keen to learn, even Andros at his age. The main thing in this team, everyone said we needed wingers.?

"Richarlison did a great job also, and the two wingers helped the striker do better."