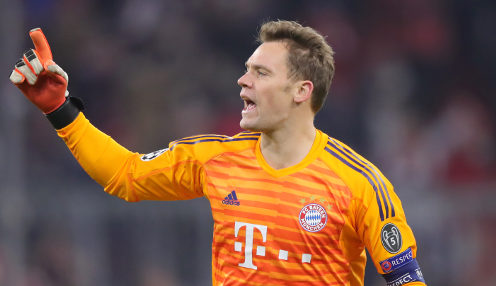 Bayern Munich goalkeeper Manuel Neuer says his team should expect the unexpected when they travel to Barcelona for Tuesday's Champions League encounter.

The Bavarians romped to an 8-2 success the last time the two sides played each other, and they are to win at the Camp Nou on Tuesday.

Both sides are in form heading into their first European encounter of the campaign, with Barcelona unbeaten in four matches, while Bayern's last competitive defeat came in April.

Since Neuer last played against Barcelona, the Spanish giants have lost Lionel Messi, with the Argentina international now plying his trade at Ligue 1 giants Paris Saint-Germain.

Neuer not taking anything for granted

Neuer admits it will be strange to not line up against Messi, but he believes Barcelona are still just as dangerous, with the rest of the squad determined to prove their worth.

"The players will all be trying to take on more responsibility now that Messi isn't there anymore. It's obviously an unfamiliar situation for every team that lines up against Barcelona now.

"We'll obviously never forget our game in 2020, but these are two new group stage games, and we're looking forward to two big ones. It's a cracker to kick things off in the UCL, and we're excited to start our journey in this season's competition."

Barcelona boss Ronald Koeman is still without Sergio Aguero, Ousmane Dembele and Ansu Fati, while Bayern coach Julian Nagelsmann will be unable to call upon the services of Kingsley Coman and Corentin Tolisso.