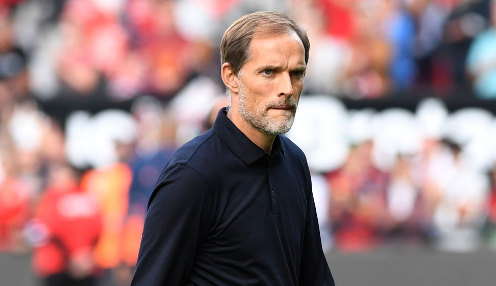 Chelsea boss Thomas Tuchel has backed his team to win back-to-back Champions League titles and insists last season's trophy win feels like it belongs to him and not former Blues manager Frank Lampard.

Chelsea can be backed at to beat Zenit, who are to win with the draw in the Champions League group stage on Tuesday.

German manager Tuchel took charge of Chelsea at the start of the year and made an immediate impact at Stamford Bridge, leading them to a top-four finish in the Premier League and the Champions League title.

And although it was former manager Lampard who navigated Chelsea through the competition's group phase, it was under Tuchel that the club beat Atletico Madrid, Porto and Real Madrid in the knockout phase before edging Manchester City in the final.

Since that game Chelsea have added former talent Romelu Lukaku to their ranks for ￡97.5million and they are well-fancied to progress well in the competition.

In Group H, they will face Juventus, Malmo and Zenit, starting with a home tie against the Russians on Tuesday.

Speaking before the week's clash with Zenit, Tuchel said: "It was never a problem for me to accept the work from Frank that he did throughout the group stage.

"But it still feels like my title - it does not feel like half a Champions League that I won.

"We want to win it again but we need to accept how tough this is. Nobody is shy here to admit that we fight for any competition we play in. We want to have a good start tomorrow and we need to start from scratch."