Fabinho sure Salah is happy 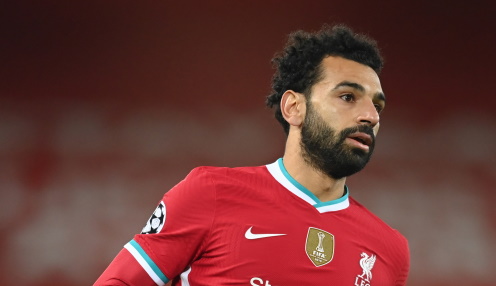 Mohamed Salah will continue to be linked with a move away from Liverpool, according to team-mate Fabinho,?but he?insists the Egyptian ace is happy at Anfield.

Salah, whose current contract with the Premier League champions has another two years to run, spoke recently about his admiration for both Barcelona and Real Madrid.

And it's no secret that both La Liga clubs have shown interest in the past in the 28-year-old, who has scored 86 league goals for Liverpool since signing from Roma for ￡40m in 2017.

But Fabinho has dismissed any idea that Salah is poised to flee Merseyside for one of Spain's giants.

Salah is enjoying yet another superb season for Jurgen Klopp's side with 17 goals helping Liverpool into the last 16 of the Champions League and keeping them firmly in the thick of the title race.

Liverpool were knocked off the top on Tuesday night by Manchester United following their win at Burnley,?and they meet the Red Devils at Anfield on Sunday in the biggest game of the season so far.

"Big players will always have their names involved in rumours," Brazilian ace Fabinho told Sky Sports when questioned about Salah.

"I see him very happy here and pleased with his performances. He's very demanding, wants to be the best and wants to help his team-mates be the best. I don't see anything affecting him."

Liverpool are?3/1 to successfully defend their Premier League title with United?6/1 to regain a trophy they last won under Sir Alex Ferguson in 2013.