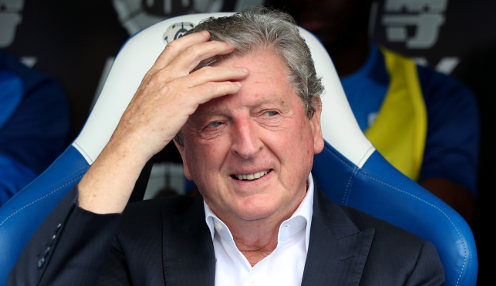 Roy Hodgson says Crystal Palace have reason to be "relatively confident" ahead of their away trips to Arsenal and Manchester City in the Premier League this week.

The Eagles will first travel across London to the Emirates Stadium to take on Arsenal on Thursday before they will move further north for another testing fixture just three days later against City.

We need points from Arsenal and Manchester City away from home.

Those matches would be daunting enough if Palace were in top form, but that is not the case, as Hodgson's side have won just one of their last six top-flight games and they were dumped out of the FA Cup by Wolves last time out.

However, despite that poor run, Palace remain comfortably in mid-table having taken 22 points from their 17 league games to date and Hodgson believes that tally takes some of the pressure off his players ahead of their testing double-header.

"We still have reason to be relatively confident and to believe that we can go to both of these very difficult stadia, playing against these top teams, and give ourselves a chance of coming away with a result," Hodgson told reporters.

"We need points from Arsenal and Manchester City away from home. We know how big that challenge is but the great thing is we do it on the back of the 22 points we already have.

"Hopefully we can trust our play, trust our own form, trust the quality of players we have to make certain that we can give both of these games a very very good go."

Palace should also be buoyed as they have taken four points from their last two visits to the Emirates and they are priced at?9/2 to claim another victory on Thursday, while Arsenal are available at?3/5 and the draw is 3/1.

Palace are?9/1 to finish in the top ten this season.