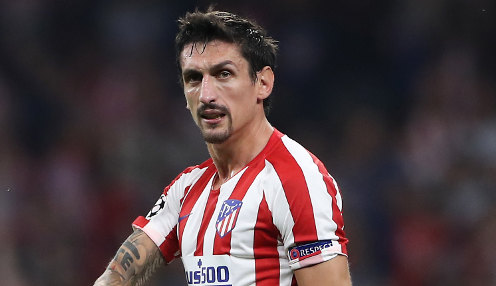 Atletico Madrid defender Stefan Savic says his side will continue to take it "game by game" as they stalk the La Liga title.

Los Colchoneros made it five league wins in a row on Tuesday as goals from Angel Correa and Saul Niguez saw them home 2-0 against Sevilla.

The result will have eased some of the doubts in Diego Simeone's squad after being forced into a delayed response to last Wednesday's shock Copa del Rey defeat to Cornella. They were originally due to face Athletic Bilbao on Saturday, only for Storm Filomena to coat the capital in snow and postpone the match.

Tuesday's result restored Atleti's four-point lead over Real Madrid and they still have two games in hand on Los Blancos.

Next Thursday's trip to Eibar will now be the focus and another win in the Basque Country would further fuel the feeling that they are on course for a first league title since 2013/14.

Despite the optimism, Savic, who won the? 2011/12 Premier League while at Manchester City, knows his team cannot lose concentration and says everyone in the camp is doing their best to remain grounded.

"I hope the team can maintain this level, which is incredible," he said, according to Mundo Deportivo. "We are going game by game to see how far we go.

"I think we can go far but little by little. There is still a lot left and we have to think about the next game."