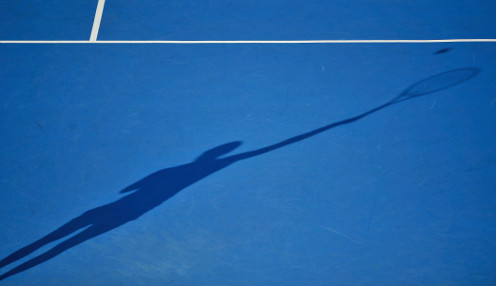 Aryna Sabalenka says her "biggest dream" is to?win a Grand Slam event after extending her winning streak to 15 matches by securing the Abu Dhabi Open title.

The Belarusian could not be heading for the first Grand Slam event of the season, the Australian Open, in better form after winning her third successive tournament, having ended the 2020 campaign with victories in Ostrava and Linz.

I will keep improving my game, keep working on some things.

Sabalenka is set to climb three places in the WTA rankings to a career-best seventh spot.

She cruised past Veronika Kudermetova 6-2 6-2 in the Abu Dhabi final after beating Maria Sakkari in straight sets in her semi-final.

The 22-year-old has yet to shine in Grand Slam events, however, with her best performance in 2020?coming when she?made the third round of the French Open, while she reached?the fourth round of the US Open in 2018.

"I came here to play some matches after one month of preparation. I played six matches and I'm really happy I could play that long and to win this title," said Sabalenka.

"I'm going to Australia. I'm confident that I'll do everything I can to win matches and that's the only confidence I have right now. I beat good players here in Abu Dhabi.

"I will keep improving my game, keep working on some things. As soon as you stop working on improving your game, you'll start losing, and I think that's the key of successful people."

Sabalenka is 10/1?to win her first Grand Slam title in the Australian Open and a?25/1 chance for the French Open.