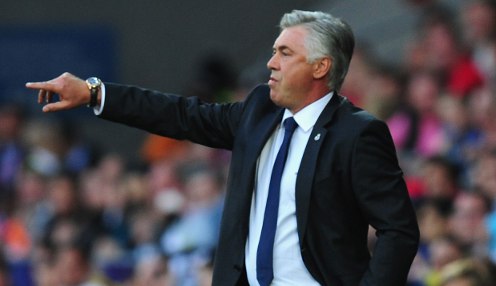 Carlo Ancelotti says he was delighted with how his Everton side adapted to playing without star striker Dominic Calvert-Lewin in the Premier League for the first time this season in their 2-1 win at Wolves.

Calvert-Lewin, who has netted 11 times in 16 top-flight appearances this term, was sidelined due to a hamstring injury and the Italian's attacking options were further limited with Richarlison only fit enough for a brief appearance from the bench.

Ancelotti gave the team a fresh look by fielding James Rodriguez and Gylfi Sigurdsson in attack and his new approach paid off.

Lucas Digne, making his first league appearance since November after an ankle issue, played on the left of midfield and supplied the assist for Alex Iwobi's opener, while a header from Michael Keane sealed the points after Ruben Neves had equalised.

Everton's fifth victory in their last six Premier League fixtures took them just four points behind leaders Manchester United and Ancelotti says his side proved their class by winning in difficult circumstances.

"It is a great result," Ancelotti said. "We were solid defensively, we attacked well and were good on the flanks.

"We adapted for the players who were available. James and Gylfi up front were really good.

"Without Richarlison and Dominic it is more difficult to score but throughout the game we played well defensively and got a result.

"Lucas did really well, he is not so happy to play in that position but he did for the team."

Everton are next in action at Aston Villa in the Premier League on Sunday. The Toffees are?10/11 to win that game with the home side?11/4 and the draw 11/4.