Pochettino - Neymar back for special game 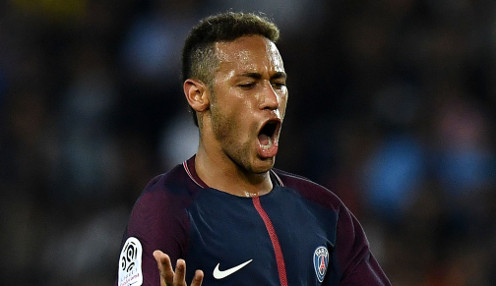 Paris Saint-Germain head coach Mauricio Pochettino says Neymar will play some part in Wednesday's French Super Cup clash against Marseille as the Argentine goes in search of his first piece of silverware.

Pochettino was appointed PSG boss on 2nd January and has recorded one win and one draw from his two matches in charge of the Parisians so far.

Next up for the reigning Ligue 1 champions is a trip to the Stade Bollaert-Delelis to face Marseille in the latest edition of Le Classique.

The clash will give Pochettino an early opportunity to win a trophy and for the first time in his brief reign, he'll be able to call upon the services of the world's most expensive player, Neymar.

The Brazilian hasn't played for PSG since being stretchered off with an ankle injury in the?defeat to Lyon on 13th December but has been cleared to return.

Pochettino says he has yet to decide whether the former Barcelona man will start the game or watch from the bench but has pledged to have him in his match-day squad.

While Neymar is available, PSG will have to cope without the services of Colin Dagba, Rafinha and Thilo Kehrer as they seek to avenge their 1-0 loss to Marseille in September.

As a former PSG player, Pochettino says he knows the importance of beating Marseille, claiming the result might be even more important than bringing home the French Super Cup.

"It's a special match, for one thing because it's against our rivals, Marseille," said Pochettino.

"We know what that means, for the fans, for the people who work at the club, and for us. We're proud to represent Paris in these sorts of games. More than the trophy, we know we have to win the game. The most important thing is to win."