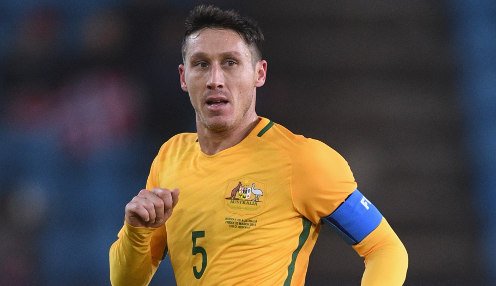 Socceroos midfielder Jackson Irvine has finally got himself back into football after joining Scottish Premiership side Hibernian for the remainder of the season.

The 27-year-old has been in limbo since June last year when he was released by English outfit Hull City, but has now been handed a lifeline with Hibs.

Irvine is familiar with football in Scotland having come through the youth ranks at Celtic before going on to play for Kilmarnock and Ross County.

The midfielder is relieved to be back in the game and is determined to take the opportunity that has been handed to him.

"I'm pleased to have everything sorted because as soon as I heard of Hibs' interest, I was keen to make it happen," Irvine said.

"No one has to tell me what a big club this is. I saw it for myself when I was with Celtic and Ross County.

"I had a great chat with the gaffer, who outlined that this is a club that wants to be competing for silverware and qualifying for Europe.

"Why wouldn't you want to be part of that? I've missed playing so I'm hoping to be involved as soon as possible.

"I'll work as hard as I can in training and hopefully give the staff something to think about."

Hibs have a strong connection with the Socceroos. Jamie Maclaren and Mark Milligan have both played for the club in the past, while winger Martin Boyle is also currently on the books.