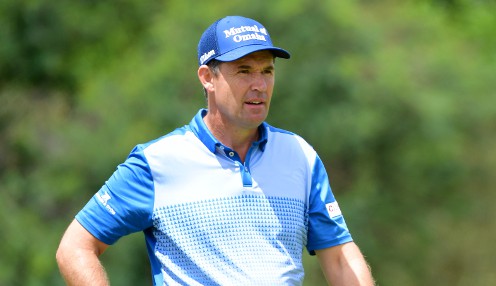 Padraig Harrington says this month's Dubai Desert Classic will act as a valuable scouting trip in his role as Europe's Ryder Cup captain after confirming he'll play in the event.

Harrington will take his team to Whistling Straits, Wisconsin, in September for the biennial clash with the United States seeking to retain the trophy following Europe's success at Le Golf National in 2018.

The race to qualify for Harrington's team began last year before?resuming at the start of 2021 with nine spots up for grabs via automatic qualification.

Harrington will select the final three players to complete his squad and is therefore keen to get a good look at all the contenders as often as possible.

The two-time Open champion has confirmed he will participate in the second European Tour event of the year in Dubai, which runs from January 28th to 31st, with the field featuring a host of Ryder Cup hopefuls.

There is also an opportunity to spy on a potential Ryder Cup rival in Dubai with the United States' Collin Morikawa announcing he will play.

Harrington is looking forward to competing in the Dubai Desert Classic for a ninth time as well as getting a glimpse at some potential Ryder Cup colleagues.

"Last year I played the OMEGA Dubai Desert Classic for the first time in over 15 years and I quickly realised what I had been missing," Harrington told the European Tour website. "It's a great event on a quality golf course and I'm delighted to be returning again this year.

"As Ryder Cup Captain it's important for me to keep an eye on the players who are in contention to make the team and I look forward to the test that the Emirates Golf Club will provide."