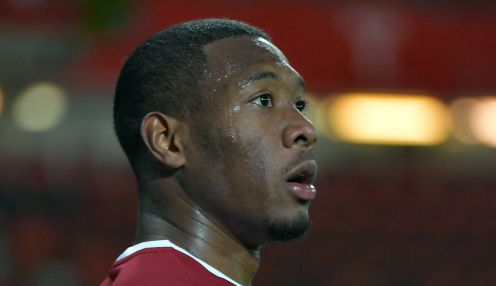 David Alaba believes Real Madrid are "the biggest club in the world", having been introduced to the media following his summer switch from Bayern Munich.

Alaba will be reunited with his former Bayern boss Carlo Ancelotti and together they are? shots to bring the La Liga title back to the Bernabeu, with Barcelona at? and reigning champions Atletico Madrid rated? shots to retain the trophy.

The Austrian, who was part of a national team that reached the last-16 at Euro 2020, will have big shoes to fill, having taken the number four shirt vacated by Sergio Ramos' departure to Paris Saint-Germain, but he looks up to the task following a fine career in Germany.

Alaba won the Bundesliga ten times, the DFB-Pokal on six occasions and was twice a Champions League victor with Bayern, playing in a number of positions across defence and midfield.

It's a dream come true - this is the biggest club in the world.

The 29-year-old has excelled at left-back, left-wing, central midfield and centre-back for club and country and won't dictate to Ancelotti where he should play for Real, with the Italian back for his second stint in Madrid, replacing Zinedine Zidane.

"It's a dream come true - this is the biggest club in the world," Alaba told reporters, while he also revealed how happy he is to once again work with the vastly experienced Ancelotti.

"I know him from Munich and we have a great relationship. I have spoken to him and it’s a great pleasure to work with him again.

"The decision of where I'll play is down to the coach and I trust him. I’m very versatile and can play in various positions."