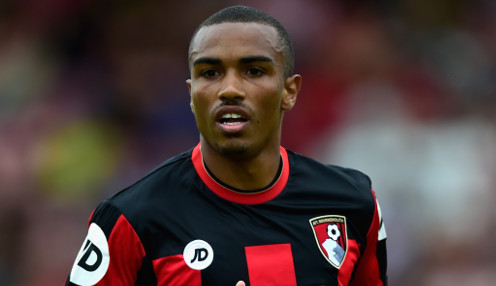 The Cherries are ?to win the Championship title next season and? to be promoted back to the top-flight.

Stanislas has turned out 166 times since his 2014 move to the South Coast, scoring 37 goals in all competitions. The 31-year-old had previously played for Burnley, having come through the ranks at West Ham United.

The wide man has also made two appearances for the England Under-21s and he was instrumental in his side's run to the play-offs last season, scoring 10 goals in the Championship.

I want to help this team and this club get back to where we want to be.

Bournemouth will be under new management for the season ahead after Scott Parker left his position at Fulham and was appointed as Cherries boss, replacing Jonathan Woodgate.

Parker's side get their league campaign under way against Nottingham Forest at the City Ground on the 14th August, with the Cherries having been in the Premier League from the 2015/16 season until their relegation to the second tier in the 2019/20 campaign.

Stanislas has spoken of his happiness at signing a new deal and his club's aims for the season ahead.

"I want to help this team and this club get back to where we want to be and for me to play my part within that,” he told his club's official website. "We were very unfortunate not to have that final push last season and get promoted.

"This season is a new season with a very good squad. There's no reason why we can't achieve the things we achieved before and take them to even higher levels.

"As long as we remain focused game by game with the squad that we have and with players coming in also, I'm sure we can push on one further."