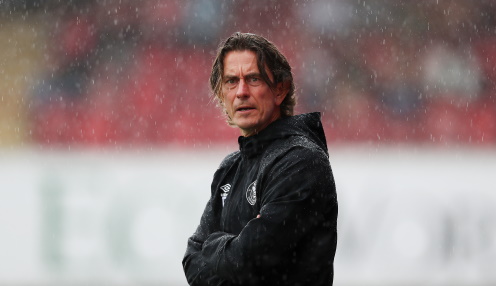 The Bees have drafted in Ajer as they prepare for their first Premier League season, with Frank's side? to be relegated and? to beat the drop back down to the Championship.

The 23-year-old Norwegian central defender has agreed a five-year contract with the Bees, ending a spell with Scottish giants Celtic which began in February 2016.

Ajer, capped 23 times for his country, enjoyed plenty of success with the Bhoys, helping the club to three successive domestic trebles before deciding to move on.

We think he can come straight in and be ready to perform in the Premier League.

He becomes the second signing made by Brentford since they gained promotion by beating Swansea City 2-0 in the Championship play-off final in late May, with the other new arrival?Nigerian midfielder Frank Onyeka -?who has been recruited from FC Midtjylland.

Following the confirmation of a deal for Ajer, Frank told his club's official website: "We wanted to get another central defender in and Kris was our first choice. We think he fits the position-specific profile perfectly, especially on the ball.

"He is very composed and can find the right passes between the lines - his level when bringing the ball forward is very high. He can (also) help us in both boxes, with his strength in the air.

"We think he can come straight in and be ready to perform in the Premier League, but he also fits the way we want to recruit players and work with them."