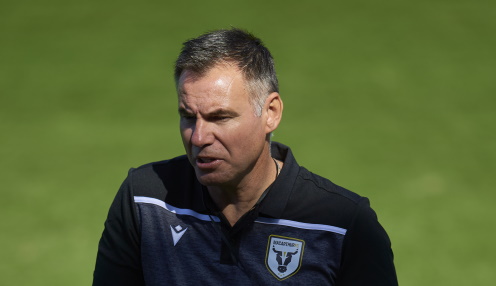 Macarthur FC defender James Meredith will be staying with the Bulls for the 2021/22 A-League season after penning a one-year contract extension.

The left-back played an integral role in the Bulls inaugural A-League game as they made it all the way to the finals, and they are priced at? to go a step further and win the grand final this time around.

The 33-year-old brought plenty of experience to the Bulls defence when making 19 appearances, while he also chipped in with two goals, both against Melbourne Victory.

After penning the deal, Meredith spoke of his excitement at playing at Campbelltown Stadium for a second season.

"I’m excited to continue my journey with the Bulls this upcoming season," he told the club's website.

"You could feel throughout last season we were building something special here, the crowds were building each week, the buzz around the town was increasing and I’m looking forward to see what we can achieve with a season under our belt."

Meanwhile head coach Ante Milicic has also saluted the move and believes he will be even better with a full pre-season under his belt.

"James is a very good professional and one of our most consistent performers last season," he added.

"He has shown his versatility in our backline and is a leader with the younger players in the team.

"Last season he joined the squad two weeks before the opening match, so I’m looking forward to see what he can do with a full pre-season."