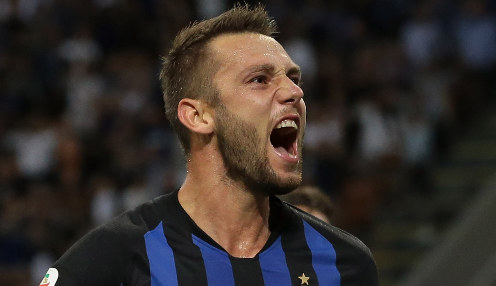 Inter Milan centre-back Stefan de Vrij says the Serie A champions will not be resting on their laurels as they prepare for the start of their title defence.

The Milan side ended Juventus' domination of the Italian top-flight last season and they are 2/1 to win the league again in 2021-22, with Juve 5/4 and Atalanta 5/1.

Inter claimed their first Scudetto since the 2009-10 season last term under Antonio Conte, but the title-winning coach left the club by mutual consent in May.

Simone Inzaghi, who managed Lazio for five years, has taken charge of the champions and Netherlands defender De Vrij knows Inzaghi well, having played under him for two seasons before moving to Inter in 2018.

We want to build on last season's success.

De Vrij was part of the Dutch squad who were knocked out of Euro 2020 by Czech Republic at the last-16 stage, but he is aiming to put that disappointment behind him and help Inter to another successful season.

They won the league by 12 points from local rivals AC Milan last term with Juve down in fourth place, but the Turin giants are expected to be more competitive after reappointing Massimiliano Allegri, who led them to five straight Serie A titles between 2015 and 2019 in his first spell in charge.

Reflecting on last season's triumph, De Vrij told Inter TV: "It was a wonderful achievement and something we've all enjoyed, but there's a new season kicking off soon and we want to build on last season's success. We'll keep working hard to do so."

Asked about being reunited with his former boss Inzaghi, the defender said: "I really enjoyed those years I spent at Lazio with him, so I'm very pleased that he's now here. The squad has remained close-knit, which is a good thing."