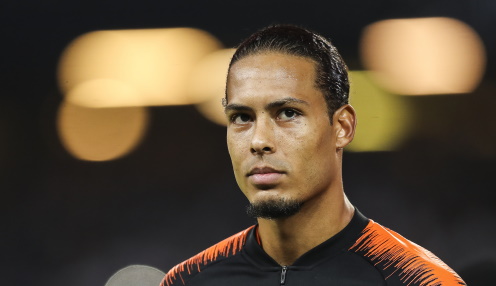 Liverpool boss Jurgen Klopp says centre-backs Virgil van Dijk and Joe Gomez are unlikely to feature in Friday's friendly against Mainz, as the duo's recovery from serious injury continues to be managed carefully.

The Merseysiders?hope to have their two first-choice central defenders available for the start of the new Premier League season, inwhich they are? to win the title, while defending champions Manchester City are .

The Reds kicked off their summer pre-season schedule with two 30-minute training games against Wacker Innsbruck and Stuttgart on Tuesday, drawing both matches 1-1 with two different teams fielded.

We have to get there, step by step, but I don't expect them for Friday.

Van Dijk and Gomez are back in training with the rest of the first-team squad in their summer camp in Austria, but neither player was risked on Tuesday and Klopp says Friday's friendly - which is a full 90-minute run-out - will also come too soon for the defenders, who both missed the majority of last season with knee injuries.

The German told the club's website: "They have looked really good in training and yesterday was the first day where they did very complex things, usually it is either offensive or defensive and stuff like this.

"We have to get there, step by step, but I don't expect them for Friday."

Divock Origi netted an early penalty in the first game on Tuesday, which also featured the return to action after injury of Trent Alexander-Arnold and Joel Matip, before Sadio Mane got on the scoresheet against Stuttgart late on in the second game.

Following the Mainz friendly on Friday, Klopp's side will take on another German outfit in Hertha Berlin on 29th July, before Anfield warm-up games against Athletic Club (8th August) and Osasuna (9th August).