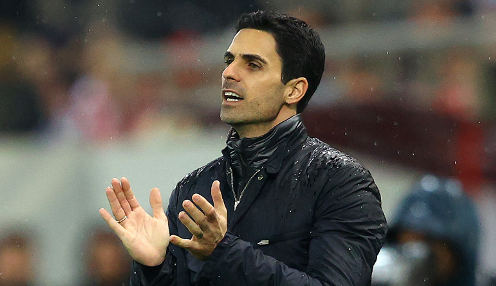 Arsenal manager Mikel Arteta believes adding more experience to his squad could be key to bringing success back to the Emirates.

The Gunners are? to win the Premier League next season and are? to break into the top four.

Arsenal secured immediate silverware under Arteta and claimed FA Cup glory in 2019-20, but struggled to emulate that success last season.

The North London club finished eighth in the Premier League last term, only two points ahead of newly-promoted Leeds, and were dumped out in the fourth round of their FA Cup title defence by Southampton.

Despite last season's efforts, Arsenal have kept the faith in Arteta and he has already made some improvements to his team.

The Gunners have signed promising youngsters Nuno Tavares from Benfica and Anderlecht’s Albert Sambi Lokonga this summer in pursuit of adding greater depth to their squad.

However, Arteta believes Arsenal must add some senior players to his ranks in order to complement the young talents he has coming through.

Speaking to Arsenal's official website, Arteta said: "It is one of the profiles, but we need a good mixture as well.

He added: "At the end of the day it is about the cohesion of the team so we need a squad that is cohesive that can develop and adapt, that offers different qualities to change games, protect games when we need to and this is what we are trying to build."