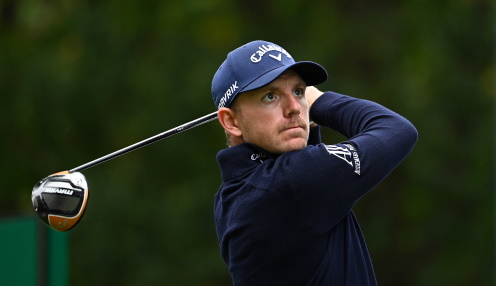 Englishman Matt Wallace is hoping he can put all parts of his game together to win a fifth European Tour title at this week's Cazoo Open at Celtic Manor.

Wallace arrives in south Wales after finishing 40th at last week's Open Championship at Royal St George's and the 30-year-old hopes that his consistent showings in some of the biggest events on the calendar will stand him in good stead this week.

The English golfer has recorded top-ten finishes in Abu Dhabi and at the Texas Open and Wells Fargo Championship on the PGA Tour this season, but his best showing of late was a tie for 26th at the Scottish Open two weeks ago.

I feel like my game is the best it's ever been, but you need to have proper high confidence to get the job done sometimes.

However, Wallace feels like he is not too far away from everything coming together and is hopeful this could be the week in which all of his game clicks into unison.

Speaking to the European Tour's official website, he said: "I feel like I’ve solidified myself there at the majors and had some decent results at the big stages.

"But I’ve realised that with this game there is a big confidence level that you need to have to be able to compete and I don’t think I’ve quite had that.

"I feel like my game is the best it's ever been, but you need to have proper high confidence to get the job done sometimes.? What I haven’t been able to do is put it all together.

"We’re here to win, we’re here to play some good golf like I have been doing and put ourselves in contention and hopefully get across the line."