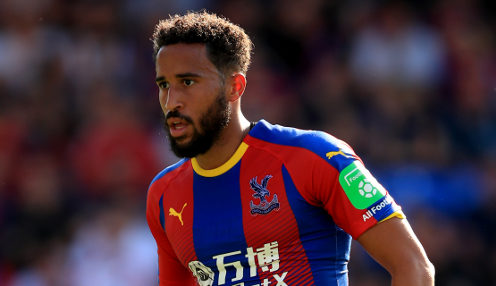 The former Crystal Palace midfielder was without a club after his contract expired at Selhurst Park, and he believes he can help the club achieve European success, with the Toffees? to finish in the top six this season.

Townsend, now 30, signed a two-year contract until the end of 2023, and he has previous experience of working under new boss Rafa Benitez.

The duo worked together at Newcastle United, and Townsend says Benitez will bring success to the blue side of Merseyside.

He told Evertontv: "I think everyone knows what Everton is. It's a massive football club, it's very ambitious, a club which has been trying to get back to where it belongs into Europe and beyond.

"I'll be doing all I can to help the club do that.

"Rafa is very experienced. He does a lot of work on the tactical side on the training pitch; he leaves no stone unturned. But more importantly, he's a great man, a great man-manager, and he's always talking to you. I'm sure he will be very successful here."

Townsend wasn't the only arrival at Goodison Park on Tuesday, with goalkeeper Asmir Begovic also joining the club.

The 34-year-old decided to leave Bournemouth and put pen to paper on a 12-month deal, with the option of a further year.

Begovic is likely to provide backup to Jordan Pickford, but he will be doing all he can to get regular game time under Benitez this season.