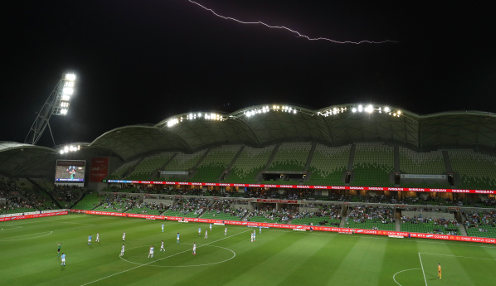 Robbie Kruse has pledged his future to Melbourne Victory for the 2021/22 A-league campaign after penning a new one-year contract.

Victory are keen to put a disastrous 2020/21 campaign behind them and are priced at? to win the grand final in the new season.

Kruse will be there to help and new coach Tony Popovic is delighted to have retained the attacker, who has 75 caps with the Socceroos to his name.

"Robbie has great football qualities and a lot to offer to the squad," Popovic told the club website after the deal was announced.

"He has had a fantastic career, having played in Europe and for the Socceroos and this experience will be invaluable to the team.

"Robbie is very determined to show he has more to give, to the team as well as to the Melbourne Victory members and fans and I believe he will play an important role for the team this season."

Kruse is excited for the season ahead and is looking forward to playing a key role in the side.

"I am looking forward to getting back out on the pitch and working hard in the lead up to the 2021/22 season," Kruse said.

"Tony Popovic and I spoke about the role I can play and how I can contribute to the success of Melbourne Victory this season and I am excited about the opportunity.

"I know the squad and coaches are already planning for the year ahead and I want to be a part of getting Melbourne Victory back to where we should be for our fans and members."