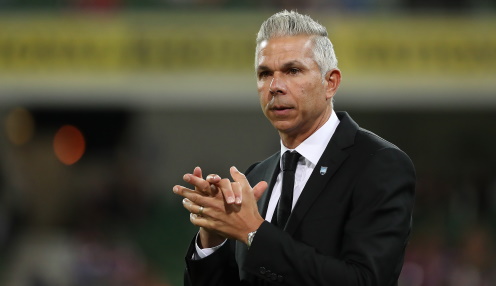 Sydney FC have agreed to release strike starlet Luke Ivanovic from his contract so he can go in search of the regular first-team football he craves.

The Sky Blues are priced at? to win the A-League grand final in the 2021/22 season and will be blessed with a strong attacking line-up.

Adam Le Fondre and Bobo will be leading the line with the likes of Kosta Barbarouses and Trent Buhagiar also pushing hard to be in the side.

It means Ivanovic will struggle to force his way into the side on a regular basis and the club have reluctantly agreed to his request to move on.?

"Unfortunately Luke wasn’t able to play his way into our first eleven on a regular basis and we can’t guarantee anyone at
Sydney FC regular first team football which is what Luke desires," Head Coach Steve Corica told the club website.

"I think it shows the level of quality we have in our final third is extremely high, and while it’s disappointing Luke has decided his future lies elsewhere, we have many good young prospects coming through for whom this opens up an opportunity."

Ivanovic, who had one year remaining on his deal, made a total of 47 appearances for the club scoring two goals and is willing to take the risk and chance his arm at another club.

"Sydney FC is a wonderful club, with fantastic support and great players and staff," he added.

"I’ve enjoyed my time here but unfortunately wasn’t able to get regular first team starts and that’s what I want. I’m happy to take my chance elsewhere and find a club where it can be guaranteed.

"I’m very grateful to Steve and Danny for allowing me to leave and wish my team-mates and the club all the best for the future."