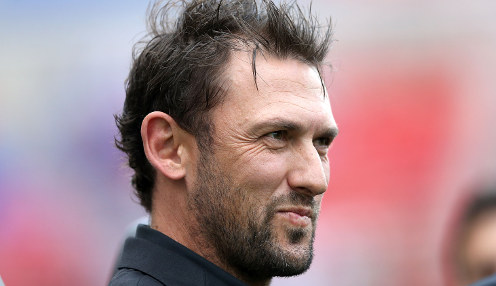 Melbourne Victory have announced the signing of defender Matthew Spiranovic on a one-year deal for the 2021/22 A-League campaign.

Victory are priced at? to win the A-League grand final in the season ahead and head coach Tony Popovic believes the player's experience will be crucial.

Popovic knows the 33-year-old well after working with him at Western Sydney Wanderers and Perth Glory and is delighted to sign him once again.

"Matt is a talented player with indisputable ability," Popovic told the club's website. "After a period away from the game he has a renewed desire and passion to play.

"He will bring experience and leadership qualities to the squad and we look forward to seeing his renewed football passion, on the pitch, in Melbourne Victory colours where it all began."

Spiranovic has vast experience having also represented the Socceroos but he has not played professional football since leaving Perth Glory at the end of the 2018/19 campaign.

However he is excited about making his return and says he is doing it with the right club.

"I am looking forward to playing the game I love again at Melbourne Victory," Spiranovic said.

"The Club played a significant role in my development when I was starting out as a teenager and under the direction of Tony Popovic this will be a new chapter for the Club.

"The combination of returning to the Club where it began and playing under the Boss was too great an opportunity to miss.? I am looking forward to contributing to the growth, success and leadership of the team."