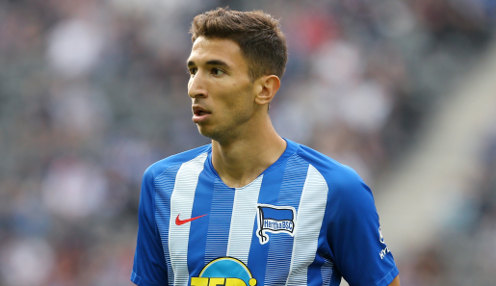 Porto are? to win the Portuguese top-flight with Grujic back on board this season, with Benfica priced at? and Sporting Lisbon .

Our first big objective is to win the championship.

The Serbia international has barely had a first-team chance in his five and-a-half-years on Liverpool's books and returns to Porto on what they say is initially another loan move with the option to buy, despite the Reds describing it as "permanent".

Grujic made 39 appearances and scored two goals in 2020-21 for Porto and admitted he was desperate to make the move back for the upcoming campaign, with reports suggesting the Primeira Liga side will eventually pay Liverpool in the region of ￡10.5million for his services.

Grujic helped Porto to second spot in Portugal last season as they finished behind rivals Sporting, but the 25-year-old is determined to help them regain the title.

He told the Porto website: "Our first big objective is to win the championship. We know how much this means for our fans, but we will also fight for all the other trophies.

"We are still in pre-season, we are going to the Algarve and we will continue to work to start the season well."

Grujic was Jurgen Klopp's first signing as Reds manager when joined from Red Star Belgrade in January 2016 but, after featuring eight times in his debut season and then six more in 2017-18, he was sent out on loan to Cardiff City.

He then joined German side Hertha Berlin on loan for two consecutive seasons, before he made the move to Porto first last year after playing in two League Cup games for the Reds, scoring his first and only senior goal for the club in the 7-2 win at Lincoln City.