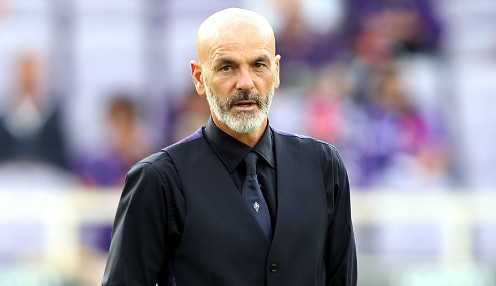 Brahim Diaz says helping AC Milan win the Scudetto is among his ambitions as he sealed a return to the Rossoneri on an initial two-year loan deal from Real Madrid.

Milan finished as runners-up to city rivals Inter in Serie A last season and they are? to win the title in 2021-22, with the Nerazzurri .

This year we hope to be able to do better, even if last year was a very positive season.

Diaz, who spent last term on loan at the San Siro, has rejoined the Italian giants on a deal that will run until summer 2023 when Real will then decide whether he has a future at the Bernabeu.

Diaz is delighted to be heading back to the club and told Milan TV: "I am very happy to be here again, in this great club. I am delighted with everything we did last year, but now a new season begins in which we will give our best.

"Last year I had a great time here, I had a lot of fun and I grasped the greatness of this club. This year we hope to be able to do better, even if last year was a very positive season. I think we are all ready to give our best and achieve great goals."

Diaz was a regular for Milan last term, making 39 appearances in all competitions, scoring seven goals.

He impressed working under head coach Stefano Pioli, who he credits with helping the side turn in a vastly-improved campaign after Milan had finished sixth the previous season.

He added: "The unity of the group is all thanks to Mr Pioli. As well as everything we have achieved, he has built a very good group with experienced players and young players who want to grow together.

"Now we need to grow further following the coach to have another great season."

The Rossoneri start the new Serie A season with a trip to Sampdoria on 23rd August.