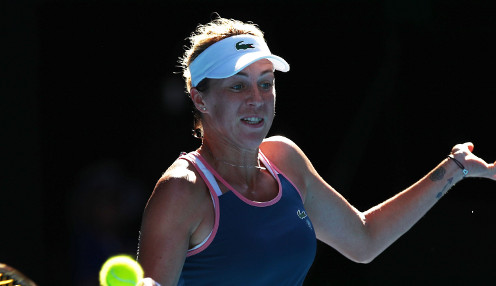 Anastasia Pavlyuchenkova declared herself "so happy" after reaching her first Grand Slam final with a 7-5 6-3 win over Tamara Zidansek at the French Open.

The Russian 31st seed had reached six Grand Slam quarter-finals in her career - including at the French Open in 2011 - and is now priced at? to win Wimbledon later this summer, while she is available at? to triumph at the US Open.

It is important to stay focused and in the right zone for the final on Saturday.

Pavlyuchenkova had taken the scalps of Belarusian third seed Aryna Sabalenka and two-time Grand Slam champion Victoria Azarenka during her run to the last four, while 85th-ranked Zidansek had never been beyond the second round at a Major.

The Slovenian has also never won a WTA title, nor been ranked inside the world's top 50, making her progress all the way to the last four all the more surprising.

Zidansek, who beat 2019 US Open champion Bianca Andreescu in the first round, is blessed with a mighty forehand, but rarely got the chance to show it off as she struggled early on.

She did recover after falling 3-1 behind in an error-strewn opening few games, but the 29-year-old Pavlyuchenkova was far more composed and clinched the victory on her first match point, courtesy of another misdirected Zidansek ground stroke.

"I am so tired and so happy, it is very emotional," Pavlyuchenkova told reporters after her win.

"It was difficult, I tried to fight very hard and to work on the tactical side. It is important to stay focused and in the right zone for the final on Saturday."