DJ out to fix putting problems 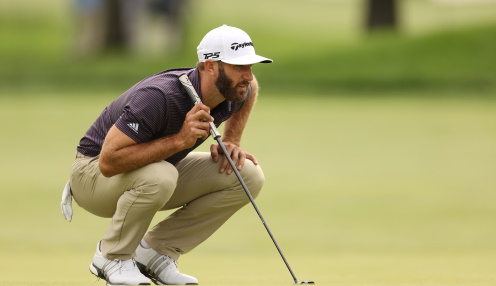 Dustin Johnson has acknowledged that putting problems and not injuries are behind the world number one's drought just a week before the US Open.

Johnson, who has missed the cut at the year's first two Majors, is heading home to South Carolina this week where he is?4000/1 to win the Palmetto Championship at Congaree and?8/11 to finish in the top ten.

I feel like it's close, but a lot of it has to do with the fact that I just haven't putted well.

He ruled the golfing world at the end of 2020 when his Masters triumph at Augusta came amid a ten-event stretch during which he won three times on the PGA Tour and finished no worse than 12th.

That streak ended with a tie for 54th at the WGC-Workday Championship at The Concession in February, and Johnson has failed to post a single top-ten finish in seven starts since.

Johnson withdrew from the Byron Nelson ahead of the PGA Championship, citing a knee injury, but he believes that his putter has been the real culprit during his four-month lull.

And he certainly failed to hole many putts at Kiawah Island where he shot 76-74 to miss out on a weekend which saw Phil Mickelson crowned PGA champion.

Johnson has never won in his home state, failing even to finish in the top ten in his last seven starts.

"It would be great to win in South Carolina," Johnson told reporters, before addressing his problems on the greens this season.

"I feel like it's close, but a lot of it has to do with the fact that I just haven't putted well," he said. "That's kind of been the trend all season."