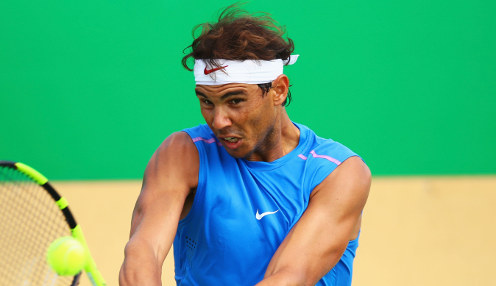 Rafael Nadal says Diego Schwartzman provided him with a "difficult challenge" as he prevailed in four sets to secure yet another French Open semi-final spot.

Nadal has been crowned French Open champion on 13 occasions, which includes each of the last four years, and he is?1/1 to reign supreme in Paris again.

The Spaniard won last year's French Open without dropping a set and was on course to do so again after winning the opening four games of his title defence 3-0 against Alexei Popyrin, Richard Gasquet, Cameron Norrie and Jannik Sinner.

But the world number three was made to work harder than many anticipated by Schwartzman, who had also reached the last eight without losing a set.

The diminutive Argentinian posed a serious threat to the King of Clay and kept close tabs on him, before the legendary Spaniard went through the gears to triumph 6-3 4-6 6-4 6-0,

Today was a very difficult challenge.

Nadal took two hours and 45 minutes to complete the job on Court Philippe-Chatrier and it was a repeat scoreline of the 2018 quarter-final, where he also toppled Schwartzman in four sets.

And speaking on court after the victory, the 35-year-old was full of praise for his quarter-final victim: "Diego is such an amazing player with so much talent and I respect him so much, today was a very difficult challenge.

"Well done to him, he played well."

He added: "We know each other well. I needed to play a little bit more aggressively and I think I did later, so I am very happy about that."

Nadal will lock horns with either Novak Djokovic or Matteo Berrettini in the semi-final.