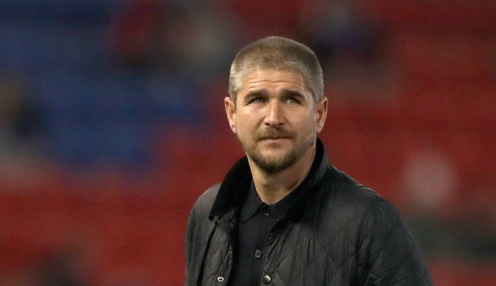 Western Sydney Wanderers chairman Paul Lederer has offered his support to under-fire coach Carl Robinson but has demanded an improvement in the 2021/22 A-League campaign.

Hopes and expectations were very high heading into the new season after Robinson was lured from the Newcastle Jets and set about rebuilding his squad.

Money was not an issue as some high-profile players including James Troisi, Bernie Ibini, Graham Dorrans, Jordon Mutch, Mitchell Duke, Scott McDonald and Steven Ugarkovic all arriving at the club.

But still the Wanderers could not secure a place in the A-League top six and have missed out on finals football.

There were some shocking results thrown in as well including a 5-1 defeat against Perth Glory and reports have been suggesting that Robinson could soon be replaced.

Lederer admits to being far from happy but he is in no rush to axe Robinson just yet.

"There’s no argument there, we’re very disappointed. It’s really been extremely disappointing," Lederer told the World Game. "But there won’t be a change of coach, we’re sticking with the manager.

"I don’t want to go into great detail about the season, everybody has an opinion. But we didn’t perform to our ability - that was the main issue."

Looking ahead Lederer is adamant the club remain in good shape and believes they could have a successful season in 2021/22.

"We have a lot of young players and the nucleus of a very good squad," he added. "We’re still very positive - I always am - and we’ll see (what the future holds). We’ll go into next season with full enthusiasm."