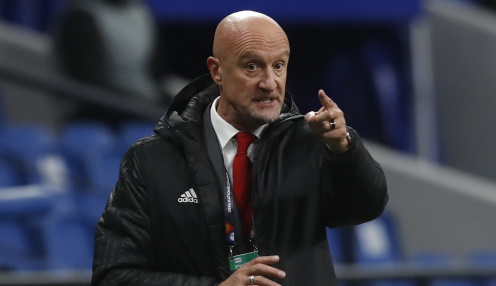 Hungary were one of the powerhouses of international football from the 1930s to the 1960s, but had been in the doldrums for a long time before qualifying for Euro 2016.

They reached the last 16 at that tournament, losing 4-0 to Belgium, but are 7/2 to qualify from a brutal Group F and are 40/1 to finish above Euro 2020 section rivals France, Portugal and Germany.

An injury to 20-year-old Leipzig star Dominik Szoboszlai, who scored the late winner in the playoff final against Iceland, is a serious blow although they have home advantage for their first two group games against Portugal and France.

Lead-up to the Tournament:
Hungary enjoyed their long-awaited return to a major tournament finals in 2016, finishing top of Group F on goal difference ahead of Iceland with eventual champions Portugal back in third place.

They pipped Iceland again in dramatic fashion in the Euro 2020 playoff final, equalising through Loic Nego in the 88th minute before a brilliant long-range strike from Szoboszlai sealed victory in injury-time.

Hungary's 3-1 semi-final win over Bulgaria was less tense as they were 2-0 up short after half-time, having earned a playoff place thanks to their Nations League performances.

They had won four and lost four of their eight Euro 2020 qualifying matches. A home win over Croatia was the highlight of their campaign although they scored only eight goals in eight games, four of them against lowly Azerbaijan.

Results since the end of qualifying have been excellent, with just one defeat in their last 13 matches.

That run includes Nations League wins over Turkey (twice) and Serbia as well as March's 3-3 draw with Poland in World Cup which was followed by easy victories over San Marino (3-0) and Andorra (4-1).

Now, though, Hungary face a serious step up in class against world champions France, European champions Portugal and a star-studded Germany side who they play in Munich.

The Squad:
Given the three teams Hungary are up against in Group F, Leipzig goalkeeper Peter Gulacsi is likely to be a crucial player for the underdogs.

The former Liverpool reserve, who had loan spells at Hereford United, Tranmere and Hull while at Anfield, has established himself as a top-class performer in the Bundesliga and has club team-mate Willi Orban in front of him as one of the three centre-backs.

Orban was Hungary's leading scorer in qualifying and has a good record for Leipzig so he is the main target from set-piece situations, along with imposing Fenerbahce defender Attila Szalai.

Bristol City's Adam Nagy is the most experienced midfielder in the squad and there are few players from Europe's top leagues.

Adam Szalai of Mainz has 23 international goals and should start up front alongside Freiburg's Roland Sallai although Hungary had eight different goalscorers in their three World Cup qualifiers in March.