Conte not convinced by Spurs 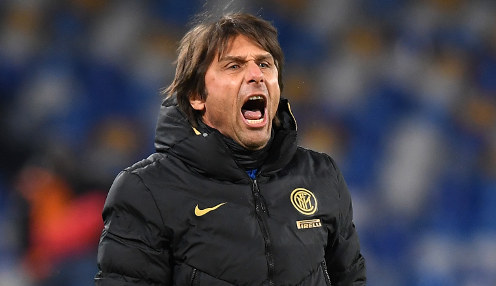 Antonio Conte has lifted the lid on his departure from Inter Milan and decision to reject the chance to become the next Tottenham manager.

The Italian walked away from Inter after guiding them to the Serie A title this season and had been heavily linked with the vacant job at Spurs, who are? to finish in the top four in the Premier League?next termn.

If there's something that doesn't convince me, I prefer not to accept, regardless of the money.

Tottenham have been on the lookout for a new head coach since Jose Mourinho left in April and had placed former Chelsea boss Conte at the top of their wishlist after he left Inter.

Conte and his team are understood to have held talks with the north London outfit over several days before the plug was pulled on the deal.

The ex-Juventus?tactician has now dropped a hint as to why he didn't take the Spurs job in the end, indicating the club wasn't the right fit for him.

Speaking to Gazzetta dello Sport, Conte said: "Generally, I like challenges and I've accepted many of them during my career.

"Even the top clubs I coached were never the favourites when I arrived. However, if there's something that doesn't convince me, I prefer not to accept, regardless of the money."

Conte also discussed his decision to leave Inter off the back of guiding them to their first league title in 11 years, breaking his old club Juventus' nine-year stranglehold on Serie A in the process.

The 51-year-old left due to the club's desire to cut costs, according to Inter president Steven Zhang, although Conte hasn't confirmed that was the case.

"What I can say is that my project never changed, but it would be nonsense to discuss this now. I don't want to create controversy or talk about transfers. I respect Zhang and I thank him for choosing me. I love Inter, the club and their fans.

"I wish (new Inter manager) Simone Inzaghi the best of luck because he is a very talented and ambitious coach, I wish all the best to the Nerazzurri."