Shevchenko not just concerned with Depay 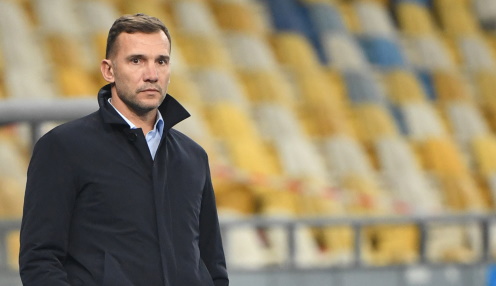 Ukraine manager Andriy Shevchenko has warned his players that they cannot just worry about Memphis Depay when they face the Netherlands in their Euro 2020 opener.

Shevchenko’s side are? to win their opening Group C game in Amsterdam, where the home side are? and the draw is available at .

But Shevchenko has been encouraged by their 4-0 win over Cyprus in their final warm-up match, which followed a 1-0 success over Northern Ireland.

The Cyprus game was particularly pleasing as star forward Andriy Yarmalenko chipped in with two goals after what has been an injury-hit season at West Ham.

Yarmalenko ended a three-month absence with a substitute appearance against Everton on 9 May and could be key to their chances of coming out of a group that also includes North Macedonia and Austria.

A positive result against the Netherlands would be a huge boost, but they will have to keep Lyon striker Depay in check.

We will not play individually against any player.

The former Manchester United forward heads into the tournament in fine form, having scored both goals in the 2-2 draw against Scotland and also made his mark in the 3-0 win over Georgia.

But Shevchenko said his team have to raise their game to repel the Dutch in a variety of positions.

He said: "I don't believe that they have weak positions. This team has not only Depay, but also a number of players, whom we take very seriously.

"But our focus is always on the team game. We will not play individually against any player.

"We have a clear game plan that we always follow."