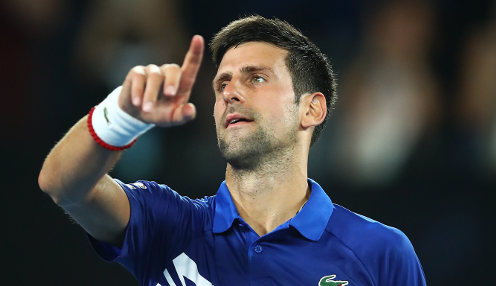 Novak Djokovic knows he will have to be at the top of his game in the quarter-finals of the French Open after surviving a scare on Monday.

Djokovic is?1/6 to beat Matteo Berrettini in the last eight, while the Italian ninth seed is?4/1 to win.

But it could have been a completely different story after Djokovic lost the first two sets of his clash with Lorenzo Musetti, both on tie breaks.

The Serbian fought back by taking the third and fourth sets 6-1 and 6-0 and was four games up in the decider before his Italian opponent was forced to retire.

It was the 31st victory he had claimed in a five-set clash, which beat Roger Federer’s record of 30 final-set Gran Slam showdowns.

Djokovic won all but 17 of the points after he fell behind and he will not be taking anything lightly when he locks horns with Berrettini.

The pair have met just once before, in the 2019 ATP finals, when Djokovic won 6-2 6-1, but he does not imagine it will be as straightforward in Paris.

He said: "He has a big serve and a big forehand, which are two big weapons.

"He's in form. He finished the last year very strongly.

"He started this year strong as well, beating Dominic Thiem in Australia and played a really good ATP Cup.

"He just has so much firepower in his game and I will need to be at my best in order to have a chance to win."