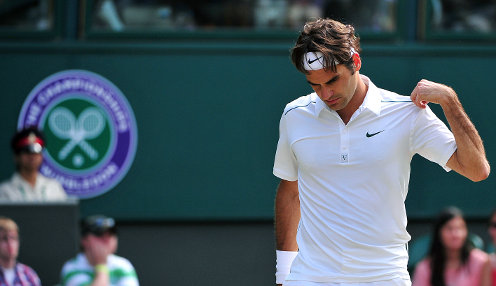 Roger Federer has confirmed his decision to withdraw from the French Open to aid his chances of winning Wimbledon.

Federer, who is? to win 2021 Wimbledon, raised the suggestion that he would pull out of the event late on Saturday evening, citing the need to protect his knee following his gruelling four-set third-round win over Germany's Dominik Koepfer.

The 20-time Grand Slam champion has regularly spoken about how important resting his body is and hinted that he may not have enough recovery time ahead of his fourth-round match with Italian ninth seed Matteo Berrettini.

After taking his time in getting back on tour following two bouts of knee surgery, the 39-year-old has openly suggested that he would use the tournament in Paris as a chance to build fitness heading into SW19, where he'll be looking for his record-extending ninth title.

The third Grand Slam of the year has always been Federer's favourite and in previous years he has skipped the entire clay-court campaign in a bid to prepare for playing on grass.

Berrettini will now face either world number one Novak Djokovic or compatriot Lorenzo Musetti in his maiden Grand Slam quarter-final.

In contrast, Federer will take the week off and may now head to his traditional preferred Wimbledon warm-up tournament in Halle, which gets underway on 14th June, with the SW19 Championships starting a fortnight later.

He said in a statement on Sunday: "After two knee surgeries and over a year of rehabilitation it's important that I listen to my body and make sure I don't push myself too quickly on my road to recovery."