Djokovic on a high 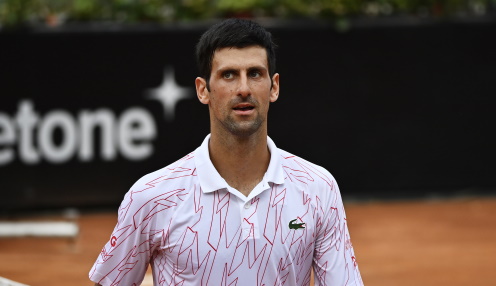 World number one Novak Djokovic believes things "couldn't be much better" as he booked his place in the fourth round of the French Open with a commanding success over Ricardas Berankis.

The Serb kept his hopes of a second career Grand Slam alive with the 6-1 6-4 6-1 victory over his Lithuanian challenger and he is? to now go on and lift the French Open title.

Djokovic has won his three French Open assignments without dropping a set and the 2016 champion is aiming to lift a 19th Grand Slam crown in Paris.

The 34-year-old has looked sharp and focused in his opening three games, arriving in peak shape and full of confidence having teed up for the French Open by claiming silverware on home soil in Belgrade.

Djokovic had previously lost to Spanish world number three Rafael Nadal in the Italian Open final, but he believes a different preparation has enabled him to turn up in prime condition.

Speaking after his victory, the Serb told Eurosport: "It was a different preparation, I had never done that but I chose to because the tournament was in Serbia and we had a free week where we were not obliged to be in a bubble.

"I had a fantastic tournament in Belgrade and played at the level I desired in Rome. Coming into Paris I felt I didn't spend too much energy, I actually felt I gained a lot of energy from Belgrade."

When discussing his performance, Djokovic added: "It couldn't be much better than this, especially the first and third sets. I served well, moved well and made him play."

The top seed will face rising Italian teenager Lorenzo Musetti in the fourth round.